A former Little Rock School District (LRSD) administrator who made six figures a year pleaded guilty to mail fraud on Wednesday after spending more than $230,000 of stolen school funds on personal items – including knitting gear, makeup and miscellaneous household items – over the course of eight years.

Karen James, 48, previously worked as Director of Early Years Programs at LRSD from 2010 until her secretive spending caught up with her in 2018.

An investigation found she used two district-issued business credit cards to rack up $230,635.86 in fraudulent purchases, according to a news release.

She spent more than $4,000 on online furniture and home goods site Wayfair for bath mats, a recliner and other items; made 83 unauthorized purchases through PayPal totaling more than $27,000 and purchased 2,462 items on Amazon, spending $199,200 on items such as clothing, makeup, household items, knitting supplies, pet products and gift cards, authorities said.

James allegedly used the credit cards to purchase personal items online from August 2014 until August 2018, when the district detected the unauthorized purchases.

She was given three months paid leave before her dismissal, which was appealed, allowing James to step down. The former manager earned $108,827 a year, more than double the average income in Arkansas, according to the US Census Bureau.

James pleaded guilty before U.S. District Judge Kristine Baker and will be sentenced at a later date, according to the U.S. Attorney’s Office for the Eastern District of Arkansas.

Karen James, 48, pleaded guilty to one count of mail fraud after the Little Rock School District discovered she stole $230,000 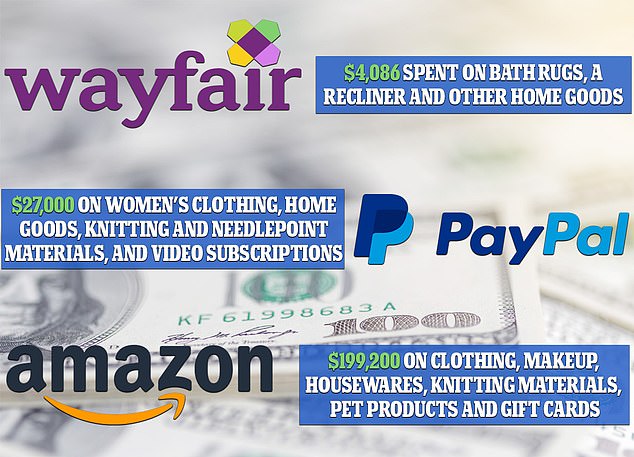 Her plea deal requires her to pay back the money she misused to compensate the LRSD. She also faces up to 20 years in prison, a $250,000 fine, up to three years of probation and a $100 special assessment.

In August 2018, the school district learned that James was submitting fabricated receipts and fake transaction logs to appear as authorized purchases. She was placed on paid administrative leave until her dismissal in November.

The unique mail fraud count stems from a purchase when James used a school district credit card to buy designer eyewear and had them shipped through the U.S. Postal Service on March 13, 2018, according to a charging document filed Wednesday in federal court.

LRSD-issued credit cards were funded by state and federal grants and were given to James with a manual that explicitly stated that “the card is NOT for personal use”.

The rules also clearly stated that “personal, cash or cash purchases” are a violation of the card user agreement and “could result in termination of employment and/or criminal prosecution as authorized by law.” , according to the billing document.

James worked as the Director of Early Childhood Programs from 2010 until 2019, when it was revealed she had used two district-issued personal years credit cards for four years.

The manual also prohibited the purchase of gift cards and prohibited users from shipping items purchased with an LRSD credit card to their home.

As required by the district, James was supposed to document every credit card purchase by recording each transaction and providing a receipt or other confirmation of the purchase.

LRSD discovered James’ personal purchases when they obtained the original receipts from vendors.

An addendum to the plea agreement has been filed under seal and James remains free until sentencing. She lives in Little Rock in a small two-bedroom house that is estimated to be worth $212,970, records show.

James and the school district had previously come under fire as people criticized the high salaries of LRSD administrators.

At the end of 2021, LRSD unanimously approved a three-year salary increase plan for all employees. The pay raises would raise teachers’ salaries from $36,000 to $43,000 this year and give other workers in the district a raise of about 3%.

The salary adjustments would eventually put LRSD teacher salaries among the highest in the state, the Arkansas Times reported. 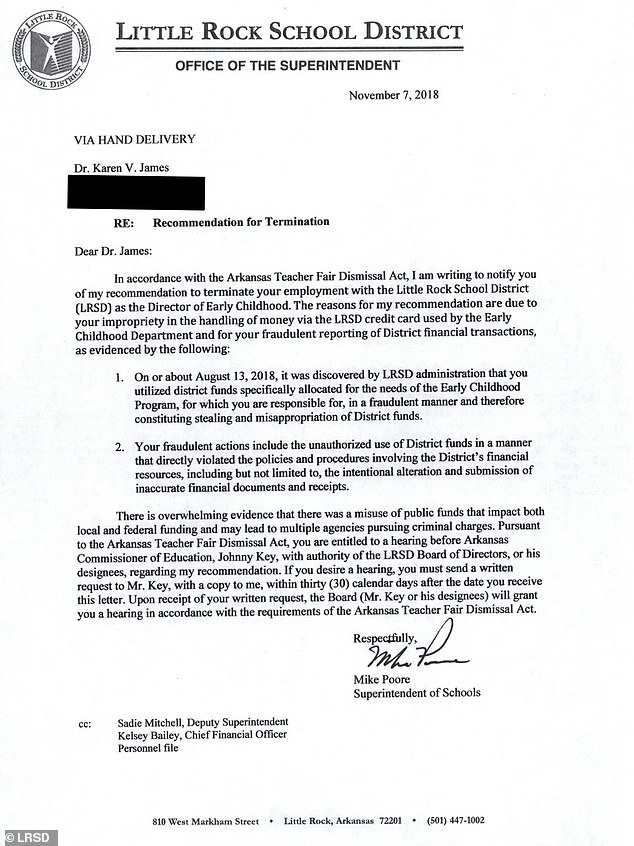 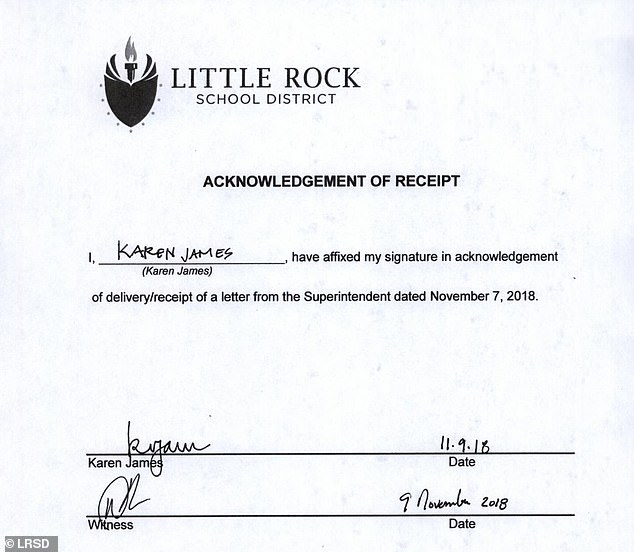