Mural painting is part of the school culture

The fifth grade students of Main Street Visual and Performing Arts Magnet paint on the walls, but there is no reason to be alarmed: it is considered a normal day of experimentation at school, which has for motto “Where learning and creativity are one.”

“The school has wanted to brighten up their atmosphere since they just moved here,” teaching artist Jeri Hillis, who was brought in to teach mural painting by Arkansas Learning Through the Arts, told The Sentinel-Record. .

The mural will represent the school‘s artistic culture, a place where theater, dance, broadcasting, visual arts, technology, vocal and instrumental music, and physical education are interwoven into their curriculum.

Hillis said there were 107 fifth graders helping to paint the artwork.

“I work hard with fifth grade teachers in this area,” she said, noting that students came to her from two separate classrooms throughout the week, spinning around five students at a time. 25 students per day.

“The little mouth goes out, the artist’s brain lights up, bam,” Hillis said. “This is the very first mural painting pilot program at school. We teach them about history and culture. And culture is history.

Student Immanuel Boyd said, “The mural we’re doing shows the culture and it’s going to brighten up the wall and add color to it.”

“It’s like American culture and it shows how fun it is to be American and how free we are. I think it’s fun to see, ‘Oh yeah, I worked there- on it and I helped with that, ”said college student Madison Dulaney. .

“It would be nice to do more here. This administration has been very welcoming,” said Hillis.

Takerra Johnson, left, paints part of a mural at the Main Street Visual and Performing Arts Magnet School as Madison Dulaney holds a container of paint. – Photo by Tanner Newton of The Sentinel-Record 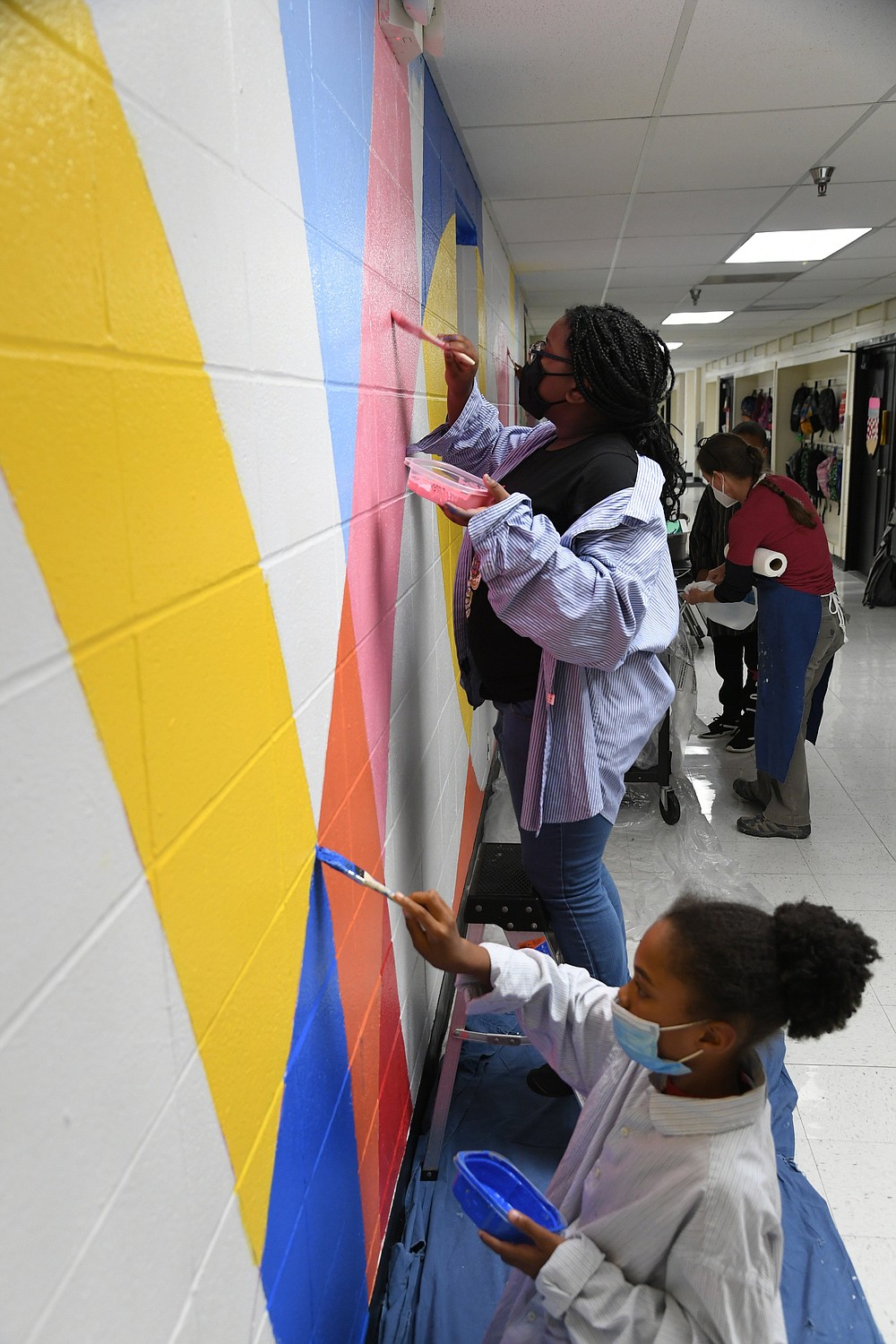 Kayden Rochelle, front, and Rayvione Clark, help Jeri Hillis, back, paint a mural at the Main Street Visual and Performing Arts Magnet School. – Photo by Tanner Newton of The Sentinel-Record

Arizona Republicans want a victory in the school culture war. A moderate Democrat stands in their way.

Hontiveros calls on Senate to investigate ‘culture of abuse’ at school